Running on Stories with Roses

I carried a single dried rose petal while recently competing in my first ultra-marathon. The pink petal, that came along for the ride, had arrived tucked into an envelope with a book of poetry, titled Parkinson’s, Shaken not Stirred, from a writer living in Israel. The petal in my pocket reminded me of its sender, and with this, to remain joyful, to steady my breathing and to keep going when the going got tough, over the 53.9km hilly path. 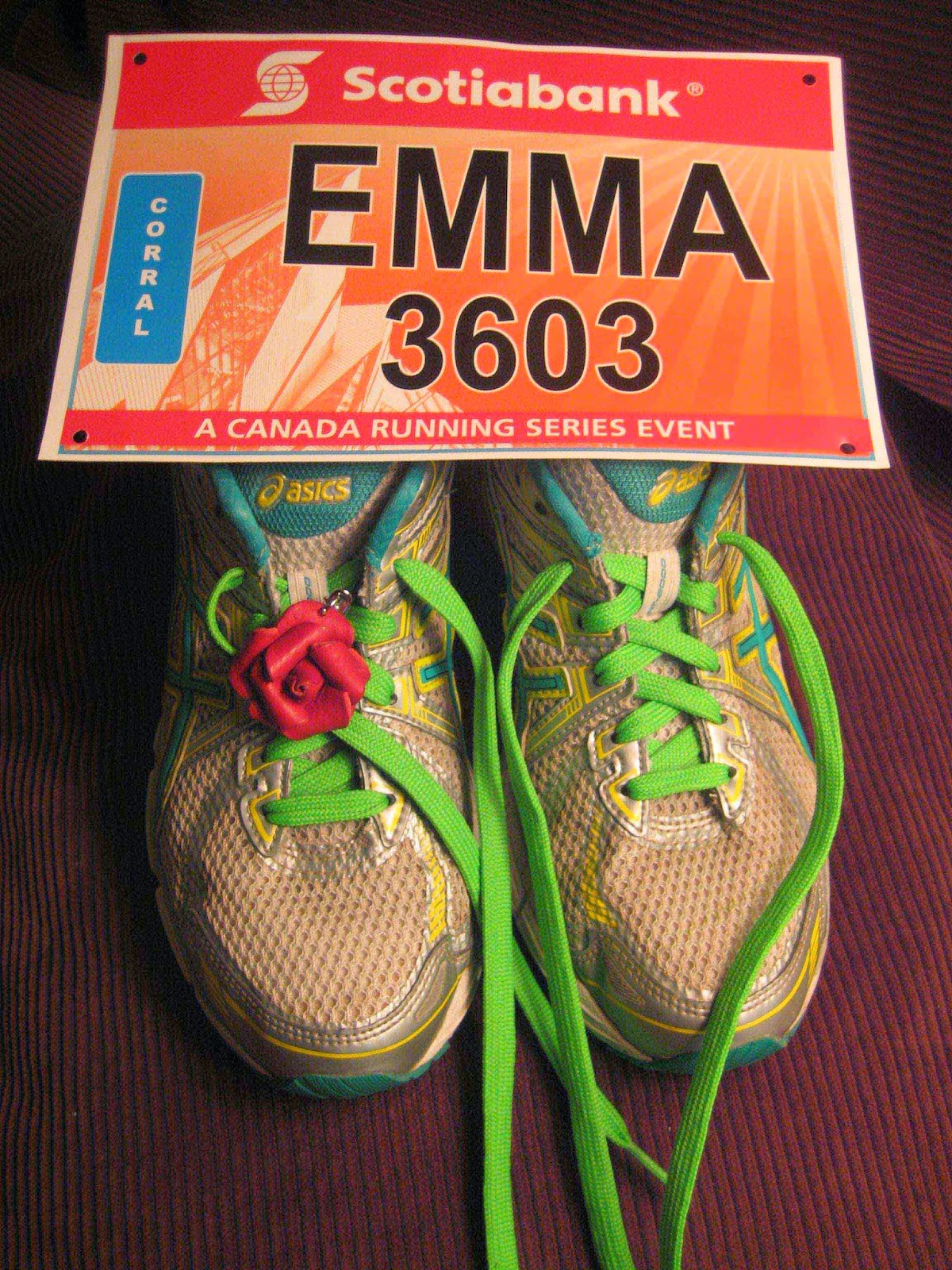 I’ve been into running for some time, but less than one year ago I had yet to run my first marathon and I had never even heard of ultra-marathons (running races beyond the marathon distance of 42.1km). Then last

October, during Gaucher Awareness Month, I happily made it to the finish line of my first full marathon. Soon afterwards, I surprised (scared) my husband by announcing that I was training for a 100km night ultra, to take place in our area at the start of summer. Not only was I training but I had in fact already registered, even without knowing if I’d be able to do it (run that far and long). Despite some legitimate concerns from those around me, that I may be overdoing it, I’ve stayed committed to at least trying to accomplish this distance goal, while focusing on remaining healthy and safe preparing.

It was the experience of being a "patient partner", with the 2014 Genzyme Boston Marathon Team, Running for Rare Diseases, that brought new resolve to my training commitment. From having the unique experience of a running partner, Andrew Scholte, a Genzyme scientist, run a marathon for me, I decide to run my upcoming ultramarathon for someone else living with a rare disease, Elaine Benton, and continue to carry close the rose petals sent from her garden.

Despite our 20 year age difference, Elaine and I have many common interests, including cooking, gardening and writing. We also both live with Gaucher disease, but it’s likely, in this case, that our age difference is a contributing factor in our differing disease progression. Elaine had to wait that much longer for access to treatment to arrive. While the privilege of being able to run with the wind brings me strength, it is not a possibility for Elaine and her Gaucher bones. Even without the age factor, the experiences amongst people living with type 1 Gaucher disease are known to be extremely diverse.

Along with Gaucher, Elaine lives with Parkinson’s, a disease that in more recent years is receiving greater attention within the Gaucher community and research focus. While Parkinson’s only impacts a very small portion of those with Gaucher, and some carriers as well, there appears to be an unfortunate link emerging (as if one chronic condition were not enough). Until starting to follow Elaine’s writing, through her blog, weekly Huffington Post column and book of poetry, I must confess that the connection between Gaucher and Parkinson’s was not a relationship I cared to dwell on.

That was before the day a Google Alert led me to Elaine Benton’s story, she wrote:


I was born with Gaucher disease, a genetic disorder unknowingly passed on from my parents; a birthright I could have well done without. Some inherit the family estate, jewelry or a fortune, but my inheritance wasn’t something written in a last will and testament and handed to me in an envelope; it was unintentionally concealed in my DNA.

I felt an immediate connection reading this piece on Gaucher Awareness Month and proceeded to reach out to Elaine with a request for a story for the My Normal project. Almost instantly Elaine responded and thus began our “rosy exchange”. Not only did I learn Elaine’s childhood story of growing up in England with Gaucher, I also received a beautiful photograph of Elaine with a bouquet of roses. The accompanying message read:


I visited your [My Normal] site and listened to your story which I found very similar to my own, although I am much older than you…As for pink roses, when I gave birth to our only daughter (who is thankfully just a carrier) my husband brought to the hospital a basket of pink roses for me.

I was touched by the connection our correspondence unveiled. Elaine had watched my digital story, Emma’s Garden and understood intimately the part in my story where:


Straight away my mom and I were surrounded by flowers in the hospital. The first to arrive, even before word had spread about my birth, was a beautiful bunch of pink roses. 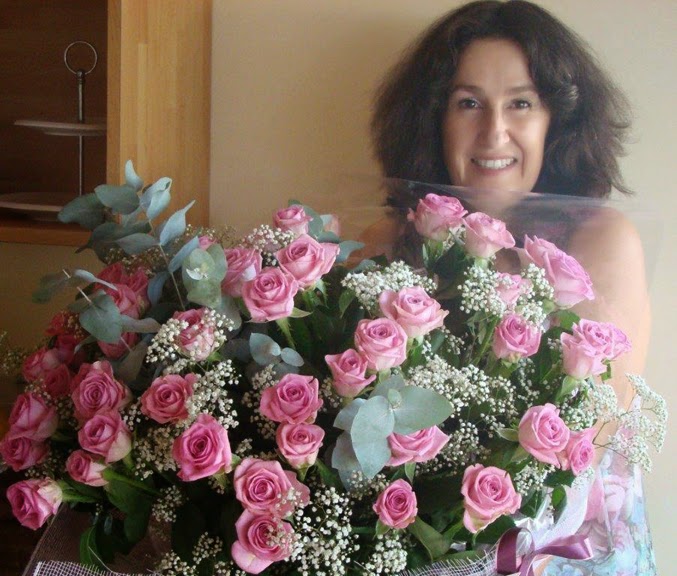 Elaine went on to write:


I recently had my 50th birthday, and [my husband] surprised me by giving me the biggest bouquet I have ever seen – 50 pink roses! So it appears we share much in common – but mostly Gaucher!”.

For me it happens that: 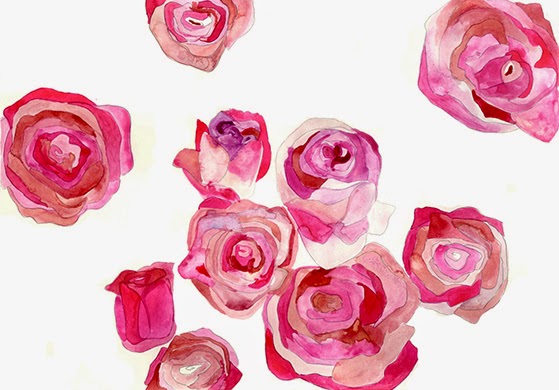 Every year on my birthday a bunch of flowers arrive to remind me of the love that surrounds me, starting from the day I was born.


A single inbox message fed the exchange of stories that carries me along a pink petal path. May my preparation journey to 100km continue to be strewn with flowers and friendship. I am training to run the distance for myself, for Elaine, for Gaucher and for rare diseases. #WeRunTogether

I will be taking part in the Ulmer Laufnacht (Ulm Night Run) starting at 11pm, on Friday, June 20th, in Germany. I expect to take about 13 hours to run the 100km course distance. I hope the run will raise positive rare disease awareness, especially of Gaucher disease and the Parkinson’s link. You are invited to send your good vibes, in support of this one petal drop effort, towards the Global Rare Diseases Movement.

Get the post-race update and find out why your support matters.